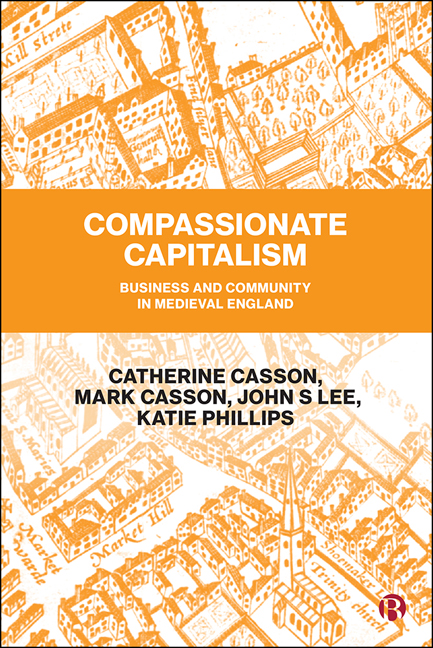 2 - Dynamics of the Property Market

This chapter examines the dynamics of the property market in Cambridge through a comprehensive statistical analysis of the information contained in the Hundred Rolls. It considers how rents varied across the town according to the location of the property, the use of the property, the method by which the property was acquired and a range of other characteristics. As noted in Chapter 1, Frederic Maitland pioneered statistical analysis of the Hundred Rolls in the appendix to his book Township and Borough, published in 1898. This analysis significantly expands Maitland's work by including new information that was not available at the time, notably the material from the recently discovered third roll. It employs statistical techniques that were not available when Maitland was writing, but which have recently been employed to analyse medieval urban rents in Gloucester and Hull, and early modern agricultural rents in England. It complements previous medieval scholarship that has used archaeological evidence and geographical mapping to reconstruct the topographies of medieval towns and has drawn upon documentary evidence to identify the individuals and institutions involved in the property market.

Statistical analysis of urban rents requires documentary evidence that both covers a relatively large number of properties and provides detailed information on each property. As discussed earlier, Cambridge is a rare example of a town with such surviving evidence, and an even rarer example of a place where the history of each property is recorded to within living memory. An understanding is also required of the nature of medieval rents, particularly the distinction between hawgable and ordinary rents (sometimes called quit rents or rents of assize). Statistical techniques have been rarely applied to sources on the medieval urban property market because it has often been assumed that all rents in boroughs were set at a uniform level and remained ‘fossilized’ through subsequent decades or centuries at the level at which they were set when the town was founded. The first section of the chapter therefore explains the nature of rent in medieval towns, and the distinction between hawgable and ordinary rents. Subsequent sections then report the results of the statistical analysis of the Hundred Rolls. The impact of property characteristics, location and tenure on levels of ordinary rent and hawgable is analysed.