from Part Four - Beyond Einstein 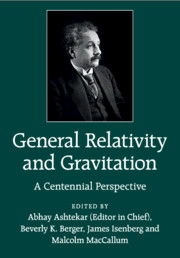