from Part I - Conceptual Models of Social Signals 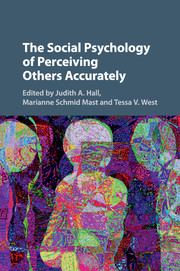