from I - HISTORY AND TRANSMISSION

from Part III - The structural implications of code-switching 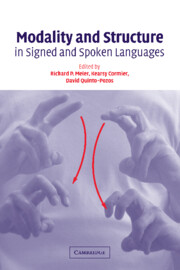