from Part IV - Norms and the Decision to Engage in Bribery 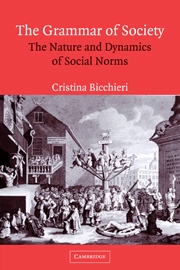