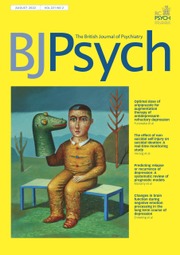 “The Good Listener”, Oil on Canvas

Neil MacPherson is one of Scotland's leading artists. Born in 1954 in Elgin, he studied at Glasgow School of Art from 1974 to 1978. His first solo show was at the Compass Gallery in Glasgow in 1986. He is a regular exhibitor at the Royal Scottish Academy and the Royal Glasgow Institute. He has won numerous awards, and his work is in many private and public collections throughout Britain and overseas. He has exhibited widely in Britain, Europe and North America.

Psychiatrists aim to be good listeners and an important part of their training is developing the skills to listen attentively and sensitively to their patients. Of this painting, Neil says: ‘It was painted during the first lockdown when we, like the figure in the painting, were feeling isolated and confused by conflicting information. You always hope when the painting goes out the studio, it takes on many stories for people and a continuing life of its own.’