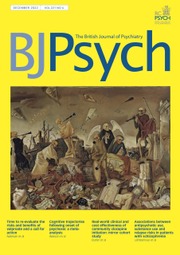 Felix Nussbaum was a German, Jewish painter, who suffered from depression. He was born in Osnabruck and studied art in Hamburg and Berlin. He was influenced by many artists, but in particular, by Van Gogh and Henri Rousseau. After the Nazis gained power in Germany in 1933, Nussbaum and his wife spent several years in exile, mainly in Belgium. When the Nazis attacked Belgium in 1940, he was arrested as a ‘hostile alien’ and taken to Saint-Cyprien camp in France, a grim and desperate place which he portrayed in his paintings. Nussbaum signed a request to be returned to Germany, and during his journey home, he managed to escape. He and his wife went into hiding, but were discovered in an attic by the Nazis, arrested and sent to Auschwitz, where they were murdered in 1944. He was 39.

This picture is the last one Nussbaum is known to have painted. During his time in the camp at Saint-Cyprien, Nussbaum was depressed and was convinced that all the inmates would be killed. He became preoccupied with the subject of death. He seems to have put a considerable amount of planning into this picture. He made numerous individual studies of the figures in the painting. Kaster (1997) observes that the painting represents: ‘the hellish noise of death triumphant after the successful destruction of western culture, the universal work of devastation. The coffin makers have completed their task and they are celebrating their success in a dissonant cacophony’. Nussbaum gave his own features to the figure of the organ grinder.

We are always looking for interesting and visually appealing images for the cover of the Journal andwould welcome suggestions or pictures,which should be sent to Dr Allan Beveridge, British Journal of Psychiatry, 21 Prescot Street, London, E1 8BB, UK or bjp@rcpsych.ac.uk.