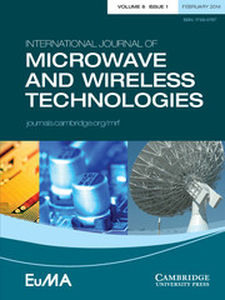 Articles Selected from the 2013 National Microwave Days in France