Threats and Opportunities in the Gulf States 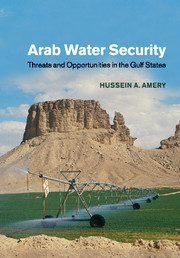 This book explores the national security implications of the Arab Gulf states' reliance on desalination plants, and their related infrastructure. It provides the first systematic and comprehensive discussion of current and future threats to the supply of freshwater from a desalination plant, including actual and virtual attacks by terrorists, mechanical failure, contamination, sabotage by aggrieved workers, and attacks relating to regional conflicts, as well as their vulnerability to natural disasters. It also provides a detailed analysis of the effects of a potential disruption to the water supply, and proposes possible measures, both political and technological, that can be used to increase resilience to these threats. Arab Water Security is a valuable reference for researchers and graduate students, as well as for policy makers and professionals, interested in water security, natural resources, and environmental terrorism.