from Part I - Global and societal influences on romantic relationships 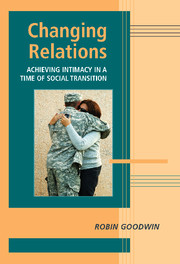