from IV - Conceptualizing the public as practices: theoretical implications 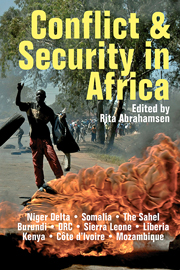 from Part IV - Practices in practice