from Part I - General Theory

from Part I - The capabilities approach 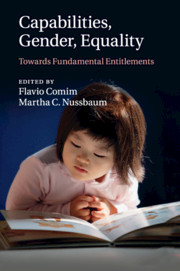