from Part I - Periodicals, Genres and the Production of Print 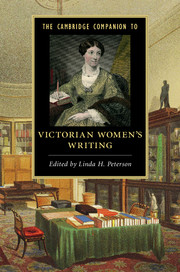 from Part I - Places, persons and publishing