from I - MANDATES, MOVEMENTS, AND MANIFESTOES 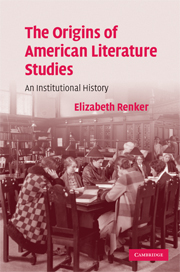