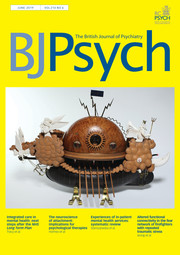 Formally diagnosed as an ‘idiot’, James Henry Pullen (1835–1916) was an inmate at the Royal Earlswood Hospital, for nearly seventy years, during which time he became locally celebrated for his elaborately carved model boats. The State Barge, created 1866–7 was intended as a sea-worthy office for Queen Victoria. It is carved in three types of wood, with figures made of ivory; a meeting table is visible through the porthole. The model is fully operational-the gangplank can be raised and lowered, and the oars can be moved by pulling the bulbous black handle at the prow.

Pullen's doctors considered it of sufficient quality to be sent to the 1867 Paris Exhibition, and afterwards to be displayed in Earlswood’s entrance hall. It is now held at the Langdon Down Museum of Learning Disability.