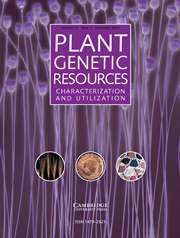 During seed storage, lipid peroxy radicals cause membrane breakdown and cell ageing. Vitamin E, a group of eight homologues (four tocopherols and four tocotrienols), is a strong antioxidant that scavenges lipid peroxy radicals, hence they play a role in seed longevity (Sattler et al., Reference Sattler, Gilliland, Magallanes-Lundback, Pollard and DellaPenna2004; Chen et al., Reference Chen, Li, Fang, Shi and Chen2015; Lee et al., Reference Lee, Kwak, Yoon, Lee and Hay2017). Our previous study using a diverse rice panel grown in the Philippines indicated that the ratio of different vitamin E homologues rather than total vitamin E content is crucial in extending seed longevity (Lee et al., Reference Lee, Kwak, Yoon, Lee and Hay2017). In particular, a high proportion of γ-tocotrienol was correlated with high seed longevity. A better understanding of the molecular basis of seed longevity may help improve longevity and/or identify varieties that are short-lived in storage. We were therefore interested in understanding whether the relationship between vitamin E homologue ratios and seed longevity is still apparent when seeds are produced under different environmental conditions. In this study, we used seeds produced under temperate conditions to assess the correlation between seed longevity and vitamin E. 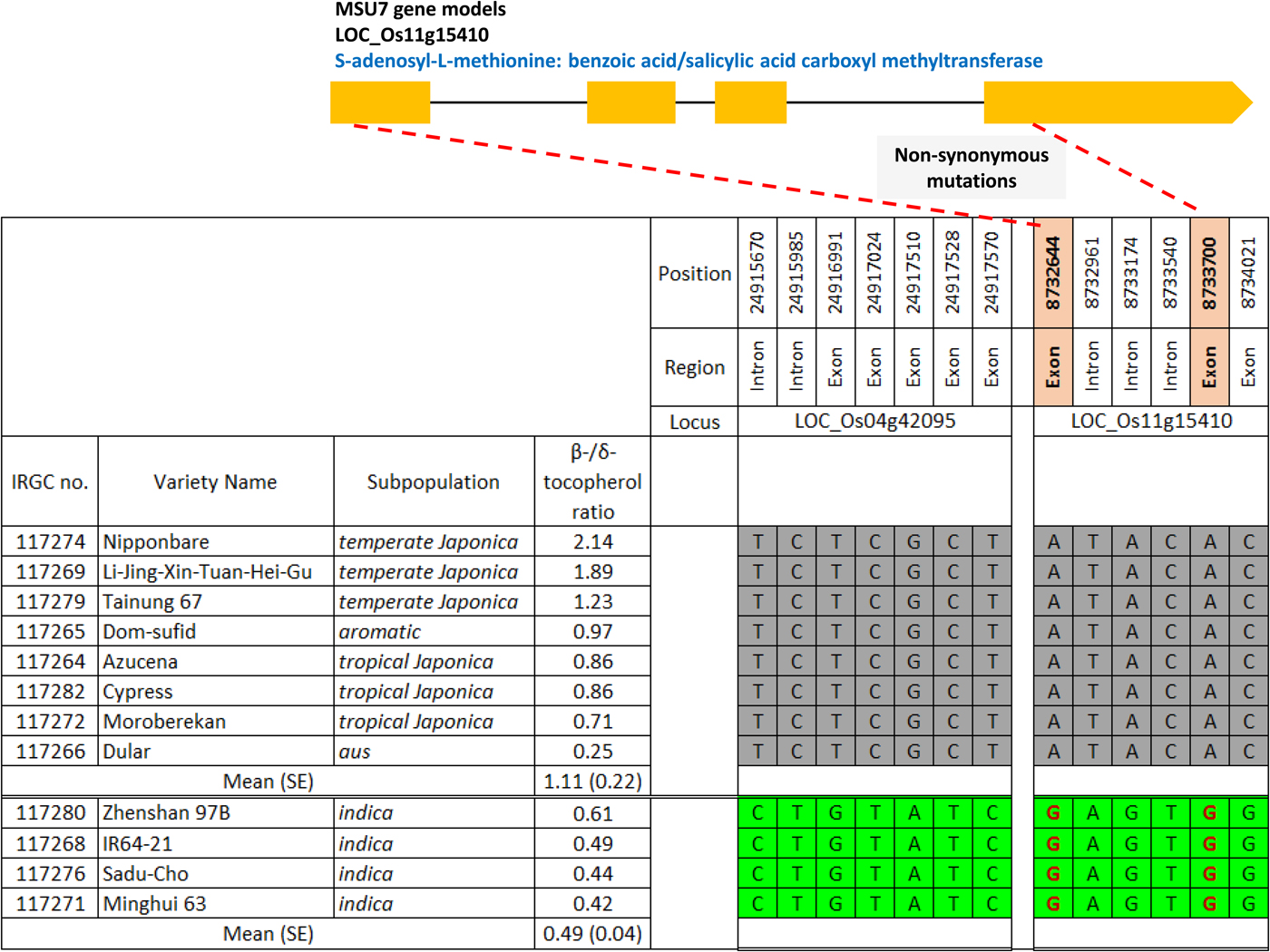 Consistent with Lee et al. (Reference Lee, Kwak, Yoon, Lee and Hay2017), the proportion of γɣ-tocotrienol relative to other vitamin E homologues in the caryopses was significantly positively correlated with seed longevity (p 50). Further, a high proportion of β-tocopherol relative to δ-tocopherol was significantly negatively correlated with K i and p 50. Vitamin E α-/β- homologues have inefficient molecular structures for scavenging free radicals compared with γ–/δ- homologues (Jiang, Reference Jiang2014; Kim Reference Kim2014; Lee et al., Reference Lee, Kwak, Yoon, Lee and Hay2017). LOC_Os11g15410 is annotated to S-adenosyl-L-methionine: benzoic acid/salicylic acid carboxyl methyltransferase, but its network function has not been validated. In four indica accessions with high seed longevity, there were two non-synonymous mutations (positions 8,732,644 and 8,733,700). An insertion at position 8,733,744 and a deletion at position 8,733,747 may be linked to the mutation at position 8,733,700 (Rice SNP-Seek Database: http://snp-seek.irri.org/, last accessed 26 January 2019). These functional changes might be responsible for inhibition of δ-/β-tocopherol conversion resulting in less β-tocopherol and greater seed longevity. This hypothesis needs validating since the favourable haplotype was specific to the indica subpopulation and all other groups have the unfavourable haplotype. Further research such as transgenic experiments could be used to validate gene function. A better understanding of the molecular basis for seed longevity will facilitate screening of genebank accessions for this trait and ultimately, rationalization of retest intervals.

This research was funded by a grant from the Rural Development Administration, Korea (RDA) as RDA-IRRI cooperative research project (Grant Ref. PJ012723). We thank Stephen Timple (IRRI) for technical support.