Volume 45 - 2015
Latest volume of New Surveys in the Classics 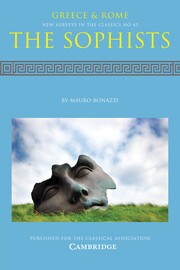