Journal of Financial and Quantitative Analysis 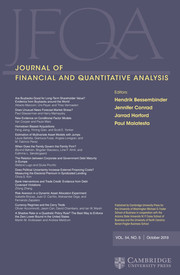