Beyond the Islamicate Chancery: Archives, Paperwork, and Textual Encounters Across Eurasia 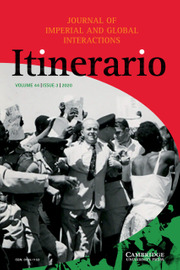