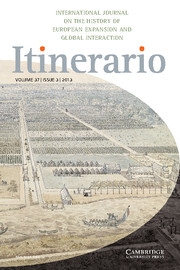 Shipping Networks and the State