Latest issue of Annals of Glaciology 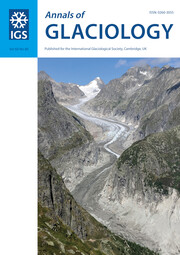