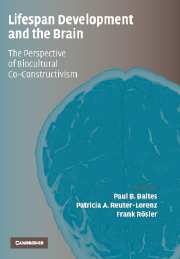 from PART ONE - INTRODUCTION AND OVERVIEW

from PART I - Theories of Wisdom Across time, culture, and peoples