Journal of the Australian Mathematical Society 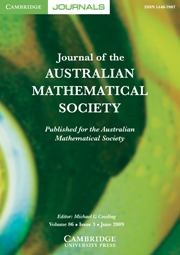