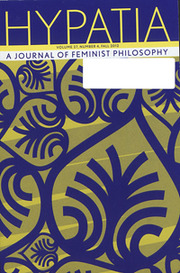 Toward a Political Philosophy of Race