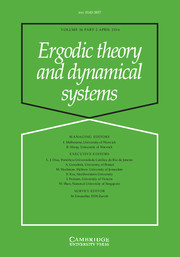 Dedicated to the memory of Jorge Lewowicz