Latest volume of The Antiquaries Journal 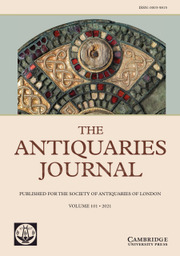