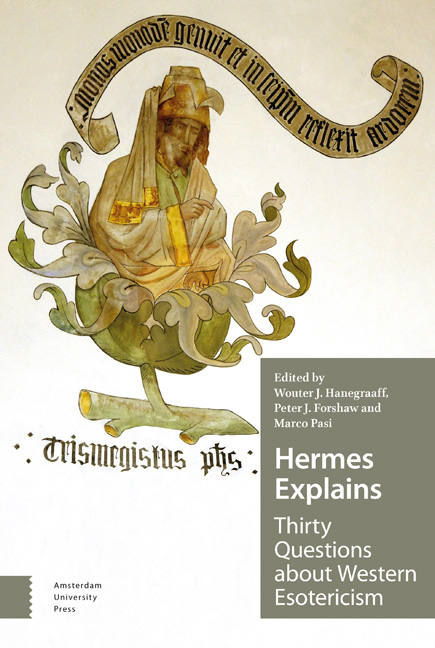 On July 14, 2018, with my colleagues Joe Laycock and Richard Noll, I participated in Salem, Massachusetts, in a debate with the founder of the Satanic Temple, Lucien Greaves, about the notion of “cults.” The Satanic Temple is a humanist organisation devoted to the defence of rationality and science, using Satan as a signifier of both, and hailing him as a symbol of the fight against obscurantism and superstition. The Temple has produced a huge statue of the “Baphomet” (colour plate 10), based on a famous image created by French nineteenth-century occultist author, Éliphas Lévi (Alphonse Louis Constant, 1810–1875). Wherever in the United States there is a statue of Jesus or another Christian symbol on public grounds, the Temple and its skilled lawyers descend and ask, in the name of equal rights for different religious world-views, to place their Baphomet next to the Christian statue. More often than not, their lawsuits result in the judges deciding that the Christian symbol should be removed in furtherance of the principle of separation between Church and State, which is what the Temple really wanted in the first place. As I mentioned tongue-in-cheek in the debate, the Temple is worse than a Satanic cult: it is a cult of lawyers. Much more seriously, however, Greaves disagreed with the scholars, who cautioned against using the word “cult.” Unlike the Satanic Temple, he insisted, which is a force for reason and science, irrationalist, authoritarian religious or esoteric organisations are indeed “dangerous cults.”

My travels bring me to unusual places. In 2017, I was invited, with other Western scholars, to two seminars in China organised by the Chinese Anti-Xie-Jiao Association, which has a direct connection with the Chinese Communist Party (CCP), to discuss the notion of xie jiao. “Evil cults” is the translation of xie jiao in official English-language Chinese documents, but most Chinese-speaking scholars agree that the translation is wrong. The term xie jiao was introduced in China to designate “unorthodox teachings” in the Ming era, centuries before controversies about “cults” erupted in the West. The Emperor “decided on the basis of his own judgement” which religions and movements should be banned as xie jiao, and the judgement was often primarily political.