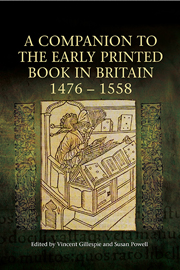 from III - PATRONS, PURCHASERS AND PRODUCTS