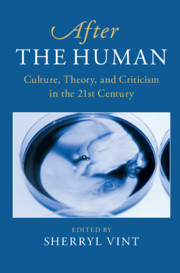 from Part III - After the New Wave

from Part II - Media and Form

from PART II - WAYS OF READING