from Part IV - Children’s Rights in a Globalised World 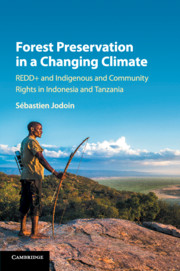 from Part III - Proposals for Reform and Lessons Going Forward