from Part I - The Problem of Transformation in Constitutional Design

from Part III - Welfare Rights and the Environment

from Part II - Dialogue and Institutions 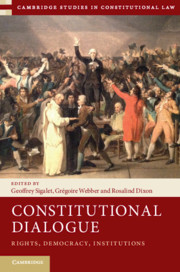 from Part I - Adjudication and Rights