from IV - The Reach of Existential Philosophy 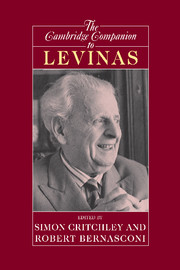