from Part 3 - What works to promote the potential of immigrant youth? 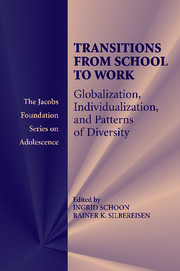