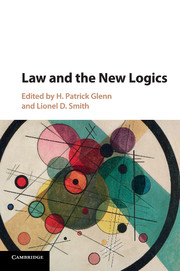 from Part II - New Logics in the Relations of Legal Orders

from PART II - PATRIMONY AND THE SCOTTISH TRUST

from PART I - PATRIMONY AND THE COMMON LAW TRUST

from PART I - PATRIMONY AND THE COMMON LAW TRUST