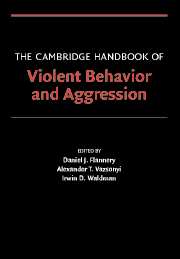 from Part VII - LOOKING TOWARD THE FUTURE