from Part I - The EU’s shaping of the international legal order: the mechanics 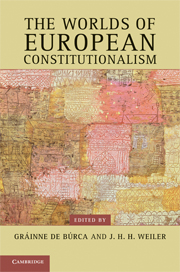