from Part I - Approaches to Grammatical Categories and Categorial Change

from Section 4 - Highlighting the research process

from Part III - Interfaces and the delimitation of pragmatics 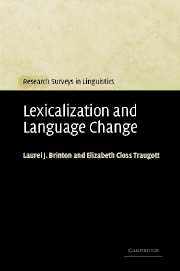