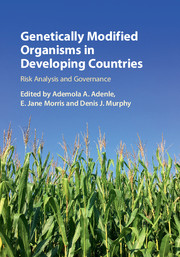 from Part I - Risk Analysis Methodology and Decision-Making