from The Contemporary Discipline and Traditional Sources

from Part II - New Modes of Study of the Bible 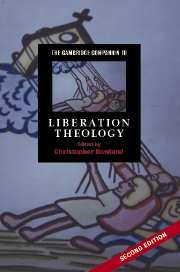