from Part 1 - ASEAN Agreements in the Global Context 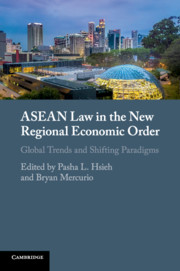