from Part III - Implications for Talent Management and Impact on Employees

from Part I - Introduction to the Changing Nature of Work 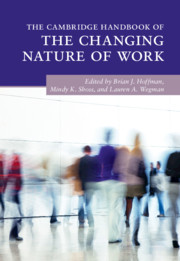 from Part II - The nature of traumatic stress