from Part V.II - Domains of Expertise: Arts, Sports, Games, and Other Skills 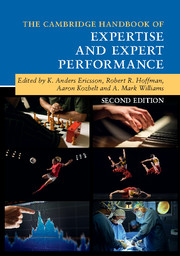 from Part II - Creativity in the Traditional Arts

from PART I - Concepts, theories and methods