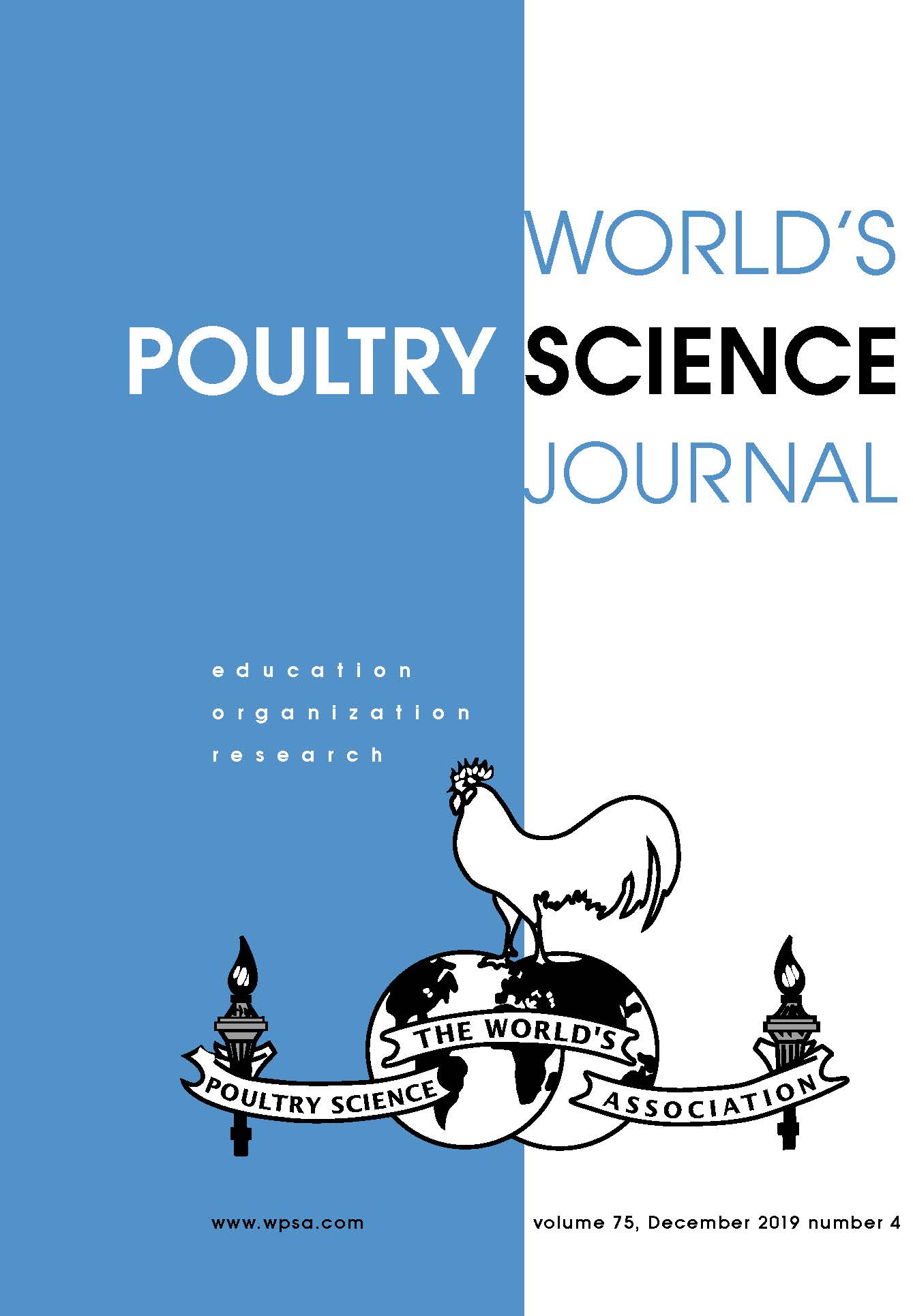 The second issue of the 2019 volume has already come around, and it has been a busy year to date, with many publishing changes occurring with the move of the WPSJ from Cambridge University Press to Taylor and Francis, our new publishing house. Thanks to all staff and to the WPSJ Editorial Committee, Drs. Bob Buresh, Werner Bessei and Zehava Uni, as well as other WPSA and publisher staff for their help with these changes. An official announcement for members is now being prepared.

The conference season is already upon us, with meetings being reported from Asia as well as Europe in this issues Association News. I have recently attended the UK WPSA meetings, held jointly with the British Society of Animal Science in Edinburgh in April. At the WPSA meeting, Dr. Emily Burton announced the new Gordon Rosen Award which is aimed at providing grant money for people either in or recently completed their PhD programme who wish to travel to work for short periods in other institutes away from their home country. This can be to increase knowledge of certain techniques or increase their understanding of what they can do within the world of poultry science. Sadly, Gordon died a couple of years ago, and is fondly remembered not only for his wit and intelligence, but also his generosity to the WPSA over many years where he supported membership for students. Many thanks must go to the generosity of Mrs. Vanda Rosen for making this award, as well as to Dr. Mike Bedford, who has been on the trustees board with myself to get this off the ground, and Dr. Dawn Scholey for her input during the meeting.

In this current issue, readers can find reviews on microalgae, nutraceuticals, yeast, fertility, genetics and nutrition, as well as welfare in terms of injuries caused by housing systems. We are experiencing a good number of submissions on antibiotic alternatives – and authors need to note that these must be very specific and focussed tightly on certain aspects in detail, rather than general reviews, as this topic is very popular around the world currently, and requires in-depth reviewing. This is due to the increasing limitations on AGP use in feed in various countries, such as China and the USA. So, we in the editorial office expect more on alternatives to keep coming in. As a result, we are always encouraging reviews in other topics to keep the WPSJ as balanced as we are able for our readership.