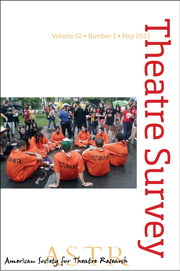 What Are You Witnessing?

Re: Sources: Beth A. Kattelman