God the Namer: A Note on Ephesians 1.21b 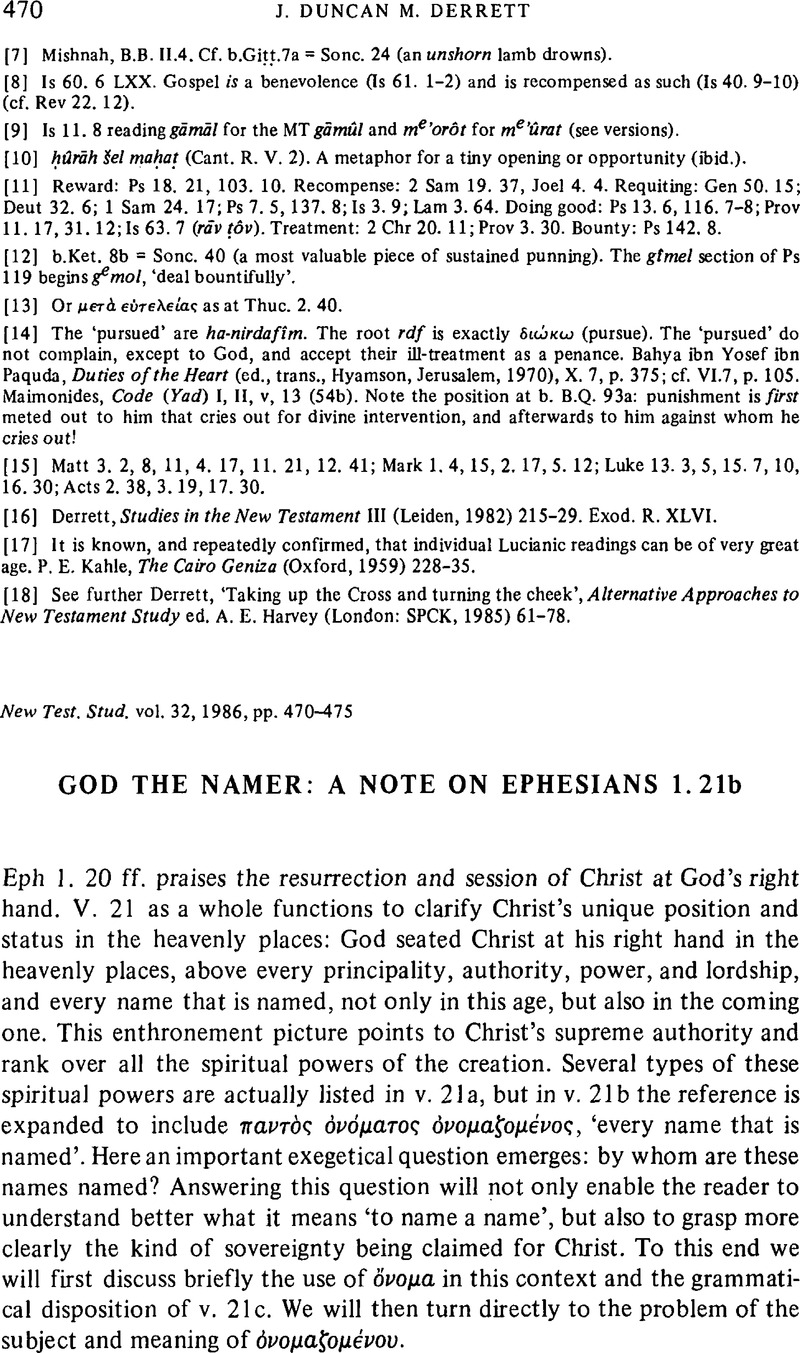 [3] In both Judaism (especially the Apocalyptic literature) and Hellenism the belief in such angelic and spiritual beings was widespread and an accepted aspect of sophisticated as well as popular religious thought. For discussion see the bibliography in Barth, M., Ephesians 1–3, Anchor Bible 34 (Garden City, NY: Doubleday, 1974) 413 f. The list here may be compared to other NT lists: e.g. Rom 8. 38; 1 Cor 2. 6–8; Ga14. 3,9; Col 1. 16, 2. 8; Eph 6. 12. There seems little point, however, in trying to categorize these powers into a rigid hierarchical system. This does not mean that such a classification did not exist, or that it was insignificant; it means simply that we do not have sufficient data upon which to make a decision. Άρχή and έξουσια sometimes refer to earthly powers (e.g. Tit 3. 1; cf. Rom 10. 3). Abbott, T. K. (A Critical and Exegetical Commentary on the Epistles to the Ephesians and to the Colossians, ICC [T. & T. Clark, 1897] 33) thinks that our passage has earthly and spiritual powers in view. But the context does not concern Christ's role in creation (contrast Col 1. 16), but his exaltation in the heavenly places. Here Christ's rule is defined vertically, making reference to earthly powers unnecessary, since authority over the highest powersincludesauthority over subordinate ones. Also other references in Eph 2. 2, 3. 10, and 6. 12 focus on spiritual powers.

God the Namer: A Note on Ephesians 1.21b