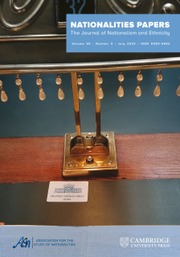 Photo taken by Ana Ljubojević: “Disruptions.” In June 2020, when the archives and libraries in Croatia finally opened after two months of lockdown, I was so overwhelmed that I took this photo in the reading room of the Croatian National Archives (HDA) in Zagreb. Six months later, I saw the decorative lamp beads oscillating and the floor begin to shake. Although the epicenter of the Petrinja earthquake was some 50 km away, it damaged the HDA historical building, leaving the main reading room again closed, this time for reconstruction. Such an unexpected and unlikely event raised many questions, but particularly made me think of the shaky balance between the life and work of researchers these days.