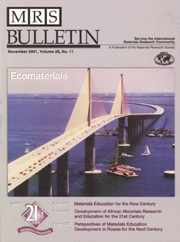 Materials Challenges for the Next Century