Latest issue of Journal of Law and Religion 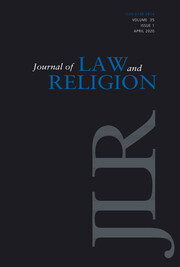