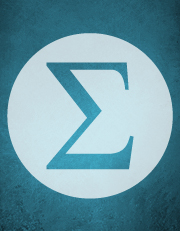 For each prime p, we show that there exist geometrically simple abelian varieties A over

. Specifically, for any prime

$A_f$ be an optimal quotient of

$B = A_f/\langle P \rangle $ . Then the number of positive integers

$\widehat B_d$ is the dual of the dth quadratic twist of B. We prove this more generally for abelian varieties of

$\operatorname {\mathrm {GL}}_2$ -type with a p-isogeny satisfying a mild technical condition. In the special case of elliptic curves, we give stronger results, including many examples where

for an explicit positive proportion of integers d.

This is an Open Access article, distributed under the terms of the Creative Commons Attribution licence (https://creativecommons.org/licenses/by/4.0/), which permits unrestricted re-use, distribution, and reproduction in any medium, provided the original work is properly cited.
Copyright
© The Author(s), 2022. Published by Cambridge University Press

Let A be an abelian variety over

${\mathbb Q}$ . The Tate–Shafarevich group of A is the abelian group

$\ell $ , including the infinite prime

$\ell = \infty $ . Much is conjectured but little is known about the structure of this group. Famously, the Birch and Swinnerton-Dyer conjecture predicts that

is finite. On the other hand, heuristics suggest that, for each prime p, a positive proportion of elliptic curves

In stark contrast to these expectations, it seems to be an open question whether, for each prime p, there exists even a single elliptic curve over

. There are constructions of elliptic curves and higher-dimensional abelian varieties A over number fields K with

[Reference KloostermanKlo05, Reference Clark and SharifCS10, Reference CreutzCre11], although the degree of K grows as a function of p in these results. Taking Weil restrictions of these examples gives abelian varieties

. However, there again seem to be no known examples of geometrically simple abelian varieties

, for large primes p. The purpose of this paper is to provide such examples.

Theorem 1.1. For each prime p, there exists a geometrically simple abelian variety

In fact, for each p, we exhibit infinitely many such

$A_f$ of the modular Jacobian

$A_f$ be any optimal quotient of

$\widehat \phi \colon \widehat B \to \widehat A_f$ be the dual isogeny. Then

$\widehat B_d$ is the dth quadratic twist of

$A_f({\mathbb Q})$ contains a point of order p [Reference EmertonEme03, Theorem B]. Hence, given a prime p, it suffices to apply Theorem 1.2 to any prime

$N\equiv 1\ \pmod p$ . Moreover, Dirichlet’s theorem on primes in arithmetic progressions guarantees that there are infinitely many such N. Since N is prime,

$J_0(N)$ is semistable with conductor a power of N, and we see that different choices of N give geometrically non-isogenous abelian varieties

The dimensions of the abelian varieties A we produce grow with p. Indeed, the Weil conjectures imply that

$A_f$ is not an elliptic curve if

$p \geq 7$ . One could give a very crude upper bound for the minimal dimension of an A with

by combining bounds for the smallest prime

Our proof of Theorem 1.2 is fairly short but uses several deep inputs. First, we prove that if

$\phi :A\to B$ is a p-isogeny of abelian varieties, whose Selmer ratio

for all but finitely many quadratic twists

In the case that

$A=A_f$ is an optimal quotient of

$J_0(N)$ , we then invoke nonvanishing results for special values of L-functions, due to Bump–Friedberg–Hoffstein and Ono–Skinner [Reference Bump, Friedberg and HoffsteinBFH90, Reference Ono and SkinnerOS98], to show that

$A=A_f$ is an optimal quotient of

for infinitely many quadratic twists

In Section 4, we specialise to prime N, where we use Mazur’s study of the Eisenstein ideal [Reference MazurMaz77, Reference EmertonEme03] to show that the condition on

$c(\phi )$ is always satisfied, thereby proving Theorem 1.2. Our computation of

$c(\phi )$ is a generalisation of [Reference ShnidmanShn21, §6], which was for the prime

In the case of elliptic curves, we prove an even stronger bound than the one in Theorem 1.2, by invoking recent work of Smith [Reference SmithSmi20] instead of results on L-functions. In Section 5, we prove

Theorem 1.3. Let E be an elliptic curve over

For each elliptic curve E in Theorem 1.3, we can give an explicit lower bound on the proportion of d such that

. Sometimes these bounds are larger than those predicted by a naïve generalisation of the heuristics of Delaunay [Reference DelaunayDel01] and Poonen–Rains [Reference Poonen and RainsPR12]. For example, in Section 6, we prove that for the elliptic curve

$22.9\%$ of squarefree integers d. This example shows that the heuristics of Delaunay and Poonen–Rains on distributions of p-Selmer groups need to be modified when applied to quadratic twist families of elliptic curves with a rational p-isogeny.

for a positive proportion of squarefree integers d. They prove special cases of this conjecture, without invoking Smith’s work, when one of E or

$3$ -isogeny, in addition to a p-isogeny. In general, most known systematic constructions of elements in

$E/{\mathbb Q}$ with a point of order p. As with our proof of Theorem 1.2, their proof relies on nonvanishing results for L-functions, but to prove

$\operatorname {\mathrm {Sel}}_p(E_d) \neq 0$ , they instead use nonvanishing results for class groups. This leads to the weaker bound

. Thus, even in the special case of elliptic curves, we improve significantly on the known quantitative results whenever our method applies.

2 Selmer groups of abelian varieties with a

2.1 Selmer groups and the Selmer ratio

In the special case

These Selmer ratios were defined in [Reference Bhargava, Elkies and ShnidmanBES20] but were already studied in [Reference CasselsCas65] under a slightly different guise. The notation is meant to recall the Tamagawa number

${\mathbb Q}_{\ell }$ . Indeed, the following lemma shows that for all but finitely many primes

Lemma 2.3. For any finite prime

Proof. This lemma is [Reference SchaeferSch96, Lemma 3.8]. Recall that

$\ell $ of good reduction. Hence, we have

Let N be the radical of the conductor of A. Thus, a prime

$\Sigma ^+$ be the set of positive squarefree integers d such that

The proof will require several lemmas.

$A_d$ has good reduction over

$\chi _d$ is ramified (and, in particular, nontrivial). Since A has good reduction over

The denominator is 1 since

To prove Theorem 2.4, we will use the Greenberg–Wiles formula [Reference Neukirch, Schmidt and WingbergNSW08, Theorem 8.7.9], which is a consequence of Poitou–Tate duality. If

$\widehat \psi \colon \widehat Y \to \widehat X$ is the dual isogeny. Applied to the isogeny

First note that if A is any abelian variety and

$A[p]$ is finite-dimensional, there can only be finitely many such d. As a consequence, if

We may therefore ignore the finitely many

for all but finitely many

Finally, we note that for all but finitely many

Indeed, by [Reference Bhargava, Klagsbrun, Lemke Oliver and ShnidmanBKLOS19, (9.1)], the kernel of this map is

$J_0(N)$ be the Jacobian of the modular curve

Theorem 3.1. Let A be a simple abelian variety over

${\mathbb Q}$ arising as a quotient of

$N\ge 1$ . Assume that A admits a degree p isogeny

$J_0(M)$ has good reduction at all primes

$\Sigma $ be the set of squarefree integers d such that

$f_d$ is the dth quadratic twist of f. Moreover, by [Reference KatoKat04, Corollary 14.3], or alternatively by [Reference Gross and ZagierGZ86, Reference Kolyvagin and LogachëvKL89] and [Reference Bump, Friedberg and HoffsteinBFH90, Theorem 1], we have

By Lemma 2.5 and the assumption that

for all but finitely many

Let N be a prime, and let

$\mathbb T$ be the finite

$\lambda _f \colon \mathbb T\to \mathbb C$ be the homomorphism giving the action of the Hecke operators on f, and let

$\widehat \phi :\widehat B\to \widehat A$ be the dual isogeny.

By Theorem 3.1, it is enough to prove that

Proof. Since A has good reduction at p, we have

$\phi $ extends to an étale isogeny of Néron models over

$-1$ . Indeed, A belongs to the Eisenstein quotient of

$J^-$ , the maximal quotient of J on which the Atkin–Lehner eigenvalue is

$A = A_f$ has split purely toric reduction. Moreover, the order p point P reduces to a non-identity component of the special fibre of the Néron model of A over

${\mathbb Z}_N$ , since specialisation induces an isomorphism from

$\Phi _A$ by [Reference EmertonEme03, Theorem B]. Thus, the lemma follows from [Reference Bruin, Flynn and ShnidmanBFS21, Proposition 5.1].

By a recent result of Smith [Reference SmithSmi20, Corollary 1.4], we have

under the assumption that either

$4$ -isogeny: otherwise, the isogeny class of E would contain a cyclic

$p \geq 3$ [Reference KenkuKen82, Theorem 1]. Thus, E satisfies the hypotheses of Smith’s result, and by Theorem 2.4 and our assumption that

It is natural to ask about the scope of Theorem 1.3. In this direction, we have:

${\mathbb Q}$ . Suppose also that E has at least three primes, distinct from p, of multiplicative reduction. Then there exists an integer d such that either

$v_i$ for the corresponding

$E, E'$ by quadratic twists, we may assume that all three primes have split multiplicative reduction. Moreover, we may further twist so that, at every other prime, E has either good or additive reduction.

After reordering and possibly replacing

$\phi $ with its dual, we may assume that

$\phi $ with its dual, the first option must happen for at least two primes.

Twisting again by an integer d, such that

Twisting at p so that E has additive reduction, we have either

$c_{p}(\phi ) = 1$ or p, again by [Reference Dokchitser and DokchitserDD15, Table 1]. Finally, by construction, A has good or additive reduction at all the other primes, so

$\ell \nmid \ell _1\ell _2\ell _3p\infty $ [Reference Dokchitser and DokchitserDD15, Table 1]. Putting everything together, we have

Proposition 5.1 shows that in a certain natural sense, Theorem 1.3 applies to ‘most’ twist families of elliptic curves

$E/{\mathbb Q}$ with an isogeny of degree

$p> 2$ . To make this claim more precise, we first recall that for

$p \notin \{3,5,7,13\}$ , there are only finitely many j-invariants of elliptic curves with a p-isogeny [Reference MazurMaz78]. The modular curves

${\mathbb P}^1$ . Hence, there are infinitely many j-invariants of such elliptic curves over

$X_0(p)({\mathbb Q})$ , ordered by height, have at least k primes of potentially multiplicative reduction. We will not prove this here, but for arguments along these lines, see [Reference Bhargava, Klagsbrun, Lemke Oliver and ShnidmanBKLOS21].

6 An example: an elliptic curve with a

In this final section, we look at the example

$\phi \colon J_0(11) \to E$ , and we work out an explicit lower bound on the proportion of squarefree integers d with

In [Reference DelaunayDel01], Delaunay gives a Cohen–Lenstra type heuristic, which predicts that, for fixed

$1$ , this distribution predicts that

${\mathbb Q}$ ; however, it is natural to guess that they should hold in quadratic twist families as well, as is suggested by Delaunay [Reference DelaunayDel07, Section 4] and Poonen–Rains [Reference Poonen and RainsPR12, Remark 1.9].

In the following example, we prove that the family of quadratic twists of E do not follow this distribution. In particular, in twist families of elliptic curves with a p-isogeny, our example shows that the distribution of the groups

$5$ generated by the point

$\phi \colon E' \to E$ by the subgroup generated by

$\Sigma ^+$ denotes the set of positive squarefree integers, such that

As a subset of the set of squarefree integers,

should be modified in certain cases was already understood in [Reference Bhargava, Klagsbrun, Lemke Oliver and ShnidmanBKLOS21], which is one reason why the authors formulate [Reference Bhargava, Klagsbrun, Lemke Oliver and ShnidmanBKLOS21, Conjecture 1] without specifying a conjectural proportion. That paper contains several results that show Delaunay’s distribution does not always hold when the (isogeny class of the) elliptic curve admits at least two independent cyclic isogenies. Theorem 1.3 shows that this phenomenon persists even in the presence of a single cyclic isogeny. It would be interesting to develop consistent heuristics that describe a conjectural distribution in all cases.

[BES20]
Bhargava, M., Elkies, N., and Shnidman, A., ‘The average size of the 3-isogeny Selmer groups of elliptic curves

$\mathbf{Q}$ -isomorphism classes of elliptic curves in each