Canadian Journal of Philosophy Supplementary Volume, The Modularity of Emotions 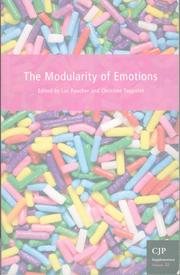 1. Modularity and the Rationality of Emotions

3. The Analogy with Perception

4. The Modularity of Particular Emotion Types